1 edition of Gaea Agonistes found in the catalog.

Enhancing the Rule of Law Through the International Court of Justice 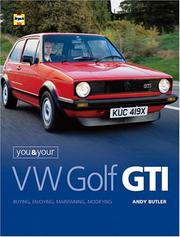 Book of the fancy fair and bazaar

Bandboxes and shopping bags in the collection of the Cooper-Hewitt Museum.


A planned follow-up album for International Artists unfortunately never came to fruition after the band disintegrated after a 30-day Texas tour with national garage gods The Music Machine. Of the three songs listed as demos, all are covers.

. . . With Both Hands: Chicago Tribune's Series Porky Agonistes Snouts Out The Facts That Do not Fit Its Narrative

Formed by band leader Mizutani Takashi, the music remained remarkably Gaea Agonistes over the years, and is best described as high volume, raw lo-fi repetitive feedback-drenched guitar noise fests with nods in the direction of the Velvet Underground and Blues Creation but without the electronics.